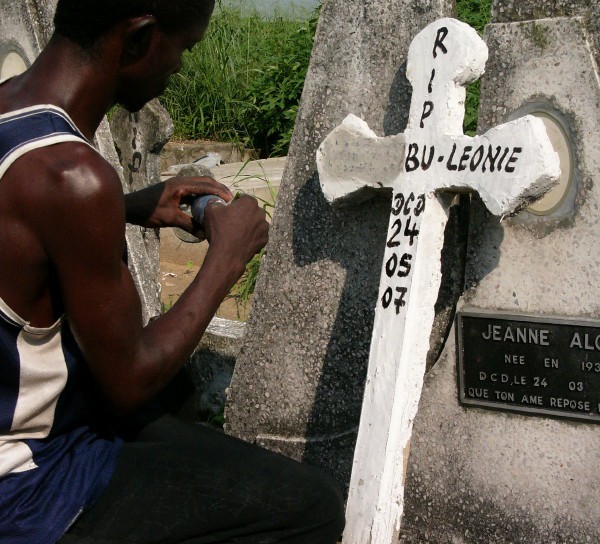 Cemetery State follows a group of gravediggers at the cemetery of Kintambo, where mourning rituals and funerals have become moments of upheaval and contestation of social and political orders.

The cemetery of Kintambo is one of the oldest and largest cemeteries of Kinshasa, the capital of the DR Congo. Over the years, the city has increasingly invaded the cemetery, and shanty towns have sprung up alongside it. One of these is the populated slum area of Camp Luka, also known as ‘the State’. Here, the living and dead live in close proximity. Although the cemetery was officially closed by the urban authorities, the people from Camp Luka continue to bury their dead there.