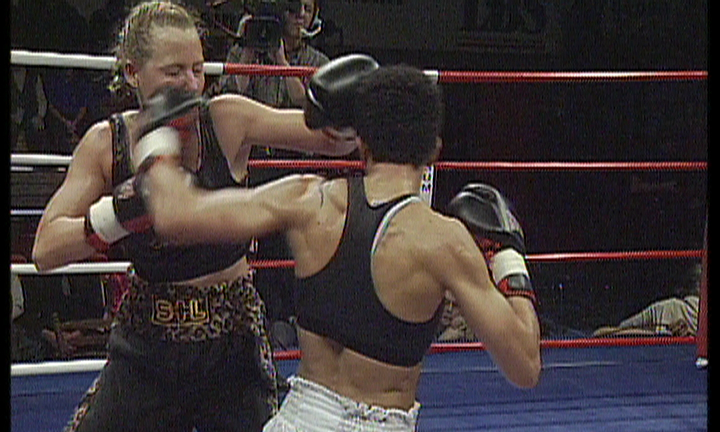 What exactly does a female boxer have to fight for? Are all her battles within the boxing ring? Directors Boerman and Reiziger examine the various battles of world champion women boxers. How far would you go to win?

A Knock-out (2004) is the story of an undefeated world champion boxer whose career comes to a sudden end because she is not promotable. Michele Aboro (1968) grew up in rough South London, where she learned from a very young age how to look out for herself. Thanks to her mentality and her talent for combat sports, she succeeded in putting her difficult past behind her.

After securing a contract with the biggest boxing promoter in Europe, Michele won every match she fought, and it appeared that nothing would hold her back from a magnificent career in the sport she loved. Nothing, that is, until her promoter prematurely broke her contract. Marketing and promotion appear to be more important than her performance as a boxer. How far will Michele go to win a fight outside the ring as well?

A Viewpoint production co-produced by the NPS Television. Part of the (who is s/he) project, produced in collaboration with Mama Cash.